5 Things That Should Always Happen in Thrillers

What makes a genre a genre? It’s more than plot. And characters. Take thrillers. At the heart of every good thriller there are at least five key elements that should be present. If you’ve ever read a lackluster, “low-fat” thriller that left you unsatisfied, it might have been missing one of these ingredients.

Put an ordinary person in an extraordinary situation 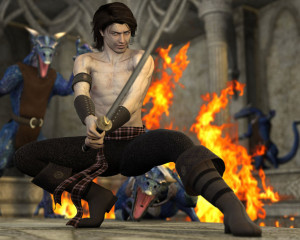 When you put an ordinary person in an extraordinary situation, sparks fly, and the unexpected and unlikely become possible, evn plausible. My three ‘revolution’ thrillers do exactly that, placing ordinary people in situations of extreme conflict, sometimes with no tools except their wits. The same goes for my two mystery series.

In my latest Ellie Foreman mystery-thriller, Jump Cut, Ellie is hurled into a nightmare world where she’s under surveillance and doesn’t know who to trust. In her search for answers, she ventures far too deep into the echelons of hidden power, which puts her loved ones in imminent danger. It’s an extraordinary situation, and she has to think and act quickly to resolve it without further harm.

There’s nothing thrilling about a straightforward plot where everything goes to plan. But when you place obstacles in a character’s path, and those obstacles cause delays, confusion, point them in the wrong direction, or even prove injurious, the stakes, and the suspense, climb sky high.

A Hobbesian choice—the choice between two equally unattractive alternatives—is another powerful tool that boosts the thrill factor. Being stuck between a rock and a hard place is always nasty. The horns of a dilemma are painfully sharp at the best of times, but when lives, futures, loves, morals, national security or survival are at stake, dilemmas take on a whole new dimension. Add a gnarly dilemma to a thriller and the resulting twists and turns transform a plot line.

Just when you though it was safe… ! The same goes for the worst case scenario. As a reader, when you find yourself praying it won’t happen, then it does, the emotional rollercoaster ride can take your breath away. One my favorite worst-case scenarios occurs in Kent Krueger’s novel, Purgatory Ridge. Read the book and you’ll know right away which scene it is.

Issues of trust and loyalty

If you’ve ever been in a situation when you don’t know who is lying and who’s telling the truth, and have no idea who to trust, you’ll know how profoundly disturbing it is. Humans are social animals, and we wither without a network of trustworthy people on our side. Without it, a character can become super-vulnerable, angry, afraid, rebellious, and often dangerous. When we’re scared, we lash out. We make bad decisions. We don’t always behave well. All of which adds extra suspense.

Make It Impossible to Stop Reading 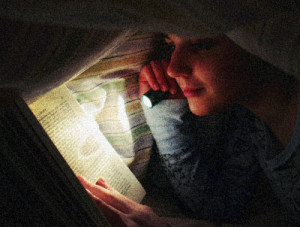 I use a hook at the beginning of chapters and a sting at the end, making every chapter a mini-plot in itself. It helps keep readers motivated and makes a book very hard to put down, a structure that I hope drives readers to stay up all night. It’s what TV series do, starting off episodes with an inspiring proposition or a mystery to resolve and ending them with a cliffhanger, leaving you gasping for the next one.

What makes the best thrillers of all?

So…what’s your favorite thriller of the past couple of years, and what made it more thrilling than the rest? 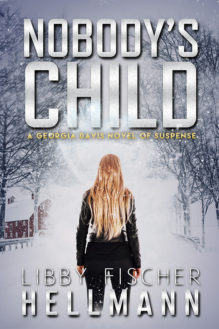 Read an extract of Nobody's Child