You are here >> - Libby Fischer Hellmann’s Blog - Politics and other Rants - Blueprint for Fixing Our World #2: 6 Steps To Help Defeat Trump’s Autocracy and the Subversion of Democracy

Blueprint for Fixing Our World #2: 6 Steps To Help Defeat Trump’s Autocracy and the Subversion of Democracy

Everything that Donald Trump has done or said since becoming President has been laced with the threads of authoritarianism. Trump and his Cabinet of billionaires yearn to rule with absolute power, obedience, and unfettered greed. And they have wasted no time trying to achieve those goals. What’s emerged over the past six months is a disturbing pattern of centralization, regulations in free fall, and a dangerous subversion of democratic norms.

So many thoughtful people are alarmed by his administration’s behavior that it’s impossible to cite them all. Amy Siskind, the Huffington Post journalist, Clinton campaigner, and Wall Street exec, has been keeping a weekly diary of Trump’s creeping authoritarianism. As she said in a recent interview with British newspaper, The Independent, “It’s scary to look back on the early weeks and see what we’ve already gotten used to. We forget all the things we should be outraged about.”

Sarah Kendzior, another terrific reporter from St Louis who’s active on Twitter, tells the story of Trump’s growing autocracy and its impact on our democracy in Tweets among other venues. In her words:

“There are multiple signs US is headed toward full autocracy, that checks and balances are failing.”

“I’ve been saying since Jan we hang between a flawed democracy and a burgeoning autocracy. We are moving more quickly to autocracy now.”

“What you will be left with (unless powerful people act) is a dynastic, kleptocratic Russian proxy state controlled by mafioso-style rule.”

The New Republic website’s Brian Beutler writes that we’re on the brink of an authoritarian crisis. “Republicans have given every indication over the course of the past several months that no malfeasance, no matter how naked and severe, will impel them to rein in Trump or impeach him.”

Mother Jones  also reminds us of Trump’s conspiracy theories, attacks on the press, respect for tyrants, fear of immigrants, attacks on federal judges and more.

Amid all that, David Frum’s Atlantic chilling cover story describes “How to Build an Autocracy.” “We are living through the most dangerous challenge to the free government of the United States that anyone alive has encountered,” he writes, emphasizing it’s not to persecute the innocent, but instead to protect the guilty (rich).

And Molly McKew, a DC writer with extensive experience working for oligarchs and Eastern European leaders, details the subversion of democracy. She compares the gutting of institutions, a weak Congress, and increasing centralization to what happened in Russia after 2000, and fears the process of subversion in the US is almost complete.

What these and many more writers describe is sobering, harrowing, and is short on solutions. And yet we must find them. Of course, the most effective one would be to get Trump out of office. But until Mueller can create an air-tight case, or the mainstream media publish evidence of Trump’s treason (hint, hint), we’re pretty much stuck. And like any dangerous storm or disaster, even after he’s gone we’ll have a boatload of clean up to do.

So… where to start?

Congress Needs To Grow A Pair

First off, have to remember the President’s power is NOT unlimited. Our system is based on three co-equal branches of government. (Remember Civics 101? – more about that later). The bad news is that Congress has been wallowing in their own divisiveness and self-interest and has done little to rein in Trump’s more heinous actions and concentration of power. The good news is that his escalating attacks on them might motivate them to take action. And while the average citizen doesn’t have much power to restore a healthy balance of power between the executive and the legislative branches, we do have the ability to flood their offices with phone calls and texts or show up in person, as Obamacare supporters did. It made a difference.

Fortunately, the courts, both Federal and State, are doing most of the job for Congress. While the jury is still out on SCOTUS, mostly because nothing of consequence has come before them yet, the the lower courts have been aggressively involved.  Judges have stopped the travel ban, supported ACLU, rolled back gerrymandering in some states, and are about to hear a slew of environmental cases.

And of course, the Special Counsel when it’s done will prosecute a scandal that will rock this country and the world. Expect prosecutors to issue over 100 indictments for collusion, money laundering, even treason. Yes. Treason. Will that embarrass and shame us enough to start behaving?

California Governor Jerry Brown is pulling together a consortium of states to adhere to the Paris Agreement. Other governors are exploring health care solutions that work. Even city mayors like Chicago’s Rahm Emanuel are starting the lead in protecting and extending the rights of citizens, particularly immigrants.

All that is good news. Still, that doesn’t answer the question of what you can do. Happily, It’s easier than you think.

What You Can Do

1. Call, email, or visit your Congressman when you are riled up about something, particularly Trump’s subversion of democracy. I know, I know; you’ve heard this before. But think about it. Congress works for you, not the other way around. And, at the risk of being naïve, I suspect that Congress will be more responsive going forward. But if they’re not, join one of the Indivisible groups in your town. Groups are always more influential than individuals, and the crowds at town meetings, thanks to Indivisible, scare Congress. At the very least, they remind Congress do “the next right thing” instead of what their big donors want. And that your vote is not up for the highest bidder. Get involved when the issue is one you particularly care about: climate change, the repeal of Citizens United (that’s gonna be a tough one, I know), or the reimposition of Glass-Steagall.

2. Register to Vote and then DO IT– not just in general elections, but in primaries AND local elections, all the way down to your school board. Voting is the lifeblood of our democracy. It’s not hard to do, and it’s where the new crop of politicians who will be running for Congress come from. You have an opportunity to elect people you think are honest and reflect your point of view.

3. Take a Civics class. Politicians don’t care if you know how the system works. In fact, they probably would prefer that you didn’t. But you need to know. You are the reason they are in office in the first place. Unfortunately, civics is not taught in school as much as it used to be and should be (ever wonder why? Me too)  Anyway, you’ll be amazed what foresight the Founding Fathers had. And how that has been adapted through the years. In fact, I believe Trump and every member of the Cabinet and West Wing, including the President, should take a civics class. I nominate Laurence Tribe to teach it. In the meantime, NPR has a great Civics 101 podcast series that’s free. You don’t have to listen to them all, but you can listen in the car, doing errands, cleaning the house, etc.

4. Pick your core issue. No one can battle everything at once. So decide what you’re most concerned about: climate change? Voting irregularities? Bots on Social Media? Health care? Education? Revoking Citizens United? And then start paying attention to what’s going on with it. Notice I haven’t said do anything. Yet. You need to be informed before you act.

5.Get a world map. Locate North Korea, Iran, and Iraq. You’ll be a lot smarter than these folks.

6. Finally, paradoxical as it sounds, listen to opinions that are opposite to yours. Try to understand where they’re coming from, and if you conclude it’s from an honorable as opposed to self-interested place (everyone deals from self-interest to some degree), ask questions. Why do they feel that way? Why do you feel the way you do? We’ve lost the ability to hear each other. And we need it back.

There… that wasn’t so hard, was it? LMK what you think.  More in my next post. 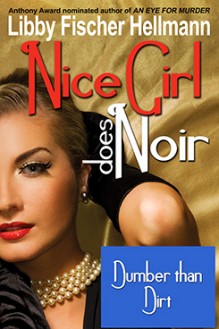