You are here >> - Libby Fischer Hellmann’s Blog - People and Places - The Ghost Village of Tyneham, UK

The Ghost Village of Tyneham, UK 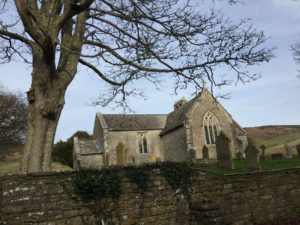 They call it the Ghost Village.

World War Two caused tremendous disruption in Britain—a kind we didn’t see in the States. Several ancient villages were used by the army as training zones for target practice. They included Balsdean in East Sussex, which had a Norman church dating back to the 11th century and was bombed out of existence. Imber, on Salisbury Plain in Wiltshire, is another village left empty in 1943. And the villagers at Langford, Stanford, Sturston and Tottington, all in Norfolk, left in 1942 and never returned.

Then there is Tyneham, which lies in Dorset near the English Channel. It too was abandoned during the War. I visited the place on my recent visit to the UK. The Allied Forces needed to use the village and some neighboring tiny hamlets to train for D-Day landings, so the British military evacuated the 250 villagers. It was supposed to be a temporary measure, just for the duration of the war. However, the villagers never returned, and now the village lies in ruins. Here is Tyneham’s story. 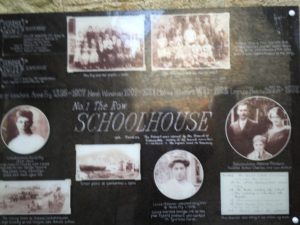 Tyneham’s roots date back to the Roman occupation and even further to the Iron Age, when it was a thriving fishing community. It grew into a charming village, with a church, a school, and small homes surrounding a manor house which once belonged to the Bond family. Today Tyneham, set in the middle of the Lulworth Military Range, is still inaccessible when the firing range is active. The ground around it is still studded with unexploded ordnance. As you can imagine, I stuck to the footpaths.

The people of Tyneham were told in 1943 that they had just a month to pack up their lives, gather their belongings and move out of the homes they’d been in for generations. 252 villagers were displaced so shelling practice could take place. 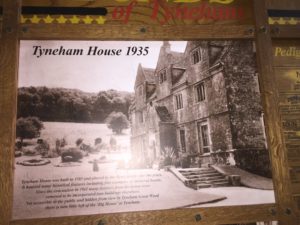 It’s hard to imagine how the villagers felt having to leave a village that had been in constant occupation since the 1300s. A note left by one young girl, 17 year old Helen Taylor, who lived there said it all: “Please treat the church and houses with care. We have given up our homes, where many of us have lived for generations, to help win the war to keep men free. We will return one day and thank you for treating the village kindly.”

Indeed, most of the villagers packed up and left in December 1943, convinced they’d be back once the fighting stopped. But 1952 saw a compulsory purchase order put on the land, and it is still in use as part of the military training base. And in 1967 the Ministry of Works pulled down the beautiful Elizabethan manor house. 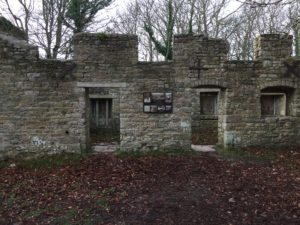 These days the pretty gray-stoned buildings are mostly gone or in ruins. Walls and rooves have toppled, but the quaint 13th century village church has been remodeled. The village’s old red cast iron phone box still contains a note from those far-off days, saying, “I am on war work. If you must use me be brief.”

Remarkably, Helen Taylor is still alive, now aged 92, and she doesn’t bear any grudges. As she said in a recent interview with the UK’s Sun newspaper, “We went with goodwill, thinking we were doing our share to help with the war.”

I was fortunate to be able to visit, since Tyneham is only accessible when the Lulworth Ranges are open to the public.

There are more than 3000 abandoned settlements in England, many deserted during the terrifying Bubonic Plague years in the 1600s, but Tyneham is the only English village evacuated by the army to serve the needs of a nation at war. The US has plenty of ghost towns too, of course, deserted when factories closed, mines ran dry, or the gold rush ended. 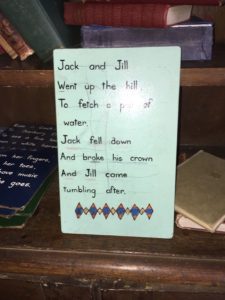 But there’s an added poignancy to Tyneham, whose residents fully expected to return to their beloved homes.

You can find out more about the village and watch a video on the official website. 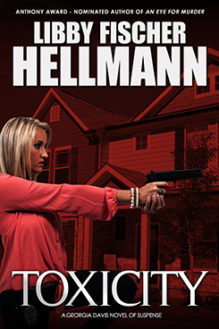