In case you missed it, this is a reprint of my blogpost that appeared on Omni-Mystery last week. It’s long, so settle down with the beverage of your choice and dig in. Would love your opinion in the comments. 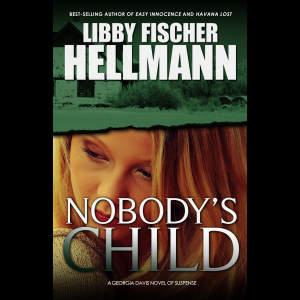 No, this isn’t about Facebook posts. Or how to fly under the radar. Or drop off the grid. This is about writing crime thrillers. Story arcs. Voice. Tone. Setting. Even action.

Over the past few years, my writing has grown progressively darker, and Nobody’s Child, my eleventh novel and fourth Georgia Davis crime thriller, is the darkest book I’ve ever written. But where did this noir bent come from? Is that my authentic voice? Or something that’s evolved over time?

I’ve given a lot of thought to this and decided that I flip between two diametrically opposite perceptions of human nature. The optimist in me sees human beings as fundamentally good, compassionate, and principled. Life is filled with challenges—even disappointments—but tempered by mercy and inspired by endless possibilities. Kind of a combination of Anne Frank (“In spite of everything I still believe people are good”) and the adventures of Francois Rabelais’ Pantagruel.

But the other side of my brain sees human nature in a darker vein. People are selfish, manipulative, and greedy. The object is to get “yours” before someone else takes it. Destroy someone if they get in your way. Believe the worst and prepare for it. Take a trip down those Chandler-esque “Mean Streets.” Of course, that’s nothing new; most crime writers spend their careers tapping into the dark side. But we also understand that a villain is usually a hero in his or her own mind, so we may temper their evil by giving them abusive childhoods, broken dreams, or plenty of bad luck. Or we ignore their troubled background completely and create a really bad-ass with no redeeming qualities.

I’ve written novels from both sides. Indeed, in some books the perpetrator turned out to

be a surprise, even to me. In A Bitter Veil, for example, the characters surprised me with their heroism and compassion, and I had to keep changing who committed the crime. That was my last heroic novel, btw. Since then, I’ve taken a sharply darker turn.

Another factor that took me down the dark path has to do with the structure of a crime novel. When we begin, the world of the novel is in order. The commission of the crime tips that world into chaos, and it’s the job of the protagonist to restore order. Which he or she does ninety-five per cent of the time. In this way, btw, a mystery is similar to a western. The bad guy is caught and justice is served.

But what if that doesn’t happen? What if the protagonist only does part of the job? Do the forces of evil return, perhaps even stronger, to wreak vengeance? Does the chaos persist, and if it does, who suffers and why? I wanted to explore those questions, and I have—in short stories, plus my novels An Image of Death, Havana Lost, and Nobody’s Child.

Yet another issue is the condition of our world. So many frightening situations occur today that even Upworthy can’t comfort me. Hot tempers, hotter dogma, escalating violence, the explosion of the Middle East, aggression from our supposed friends… all of it fed by a media whose oversimplifications and biases make them shills for the highest bidder…It seems as if the planet is one matchstick away from annihilation. I don’t write science fiction or dystopian, but it’s clear some of that anxiety and despair has seeped into my fiction.

In fact, the downward spiral I’ve traveled is beginning to scare me. A human being can only take so much darkness. Not to mention readers. I realize I need to pull back. That’s why my next book will be an Ellie Foreman mystery. Ellie’s got a rock-solid support system and a great sense of humor. She refuses to wallow in the dark side for long. She’s a fundamentally positive person, the yin to Georgia’s yang.

For all those reasons, I’ve decided to become a reluctant optimist. George Orwell explained it in All Art is Propaganda:

“On the whole human beings want to be good, but not too good, and not quite all the time.”

I’m going to try to emulate that. Wish me luck. 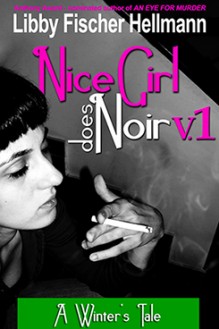