You are here >> - Libby Fischer Hellmann’s Blog - Literature - Is It OK To Mix Fictional And Non-fictional Characters?

Is It OK To Mix Fictional And Non-fictional Characters?

Purists probably disagree. But I think it’s OK to bring a mix of fictional and ‘real’ characters into a story. TV has been doing it for a while with docu-dramas that blend real footage and eyewitness accounts with dramatized content played by actors. It has proven to be a popular format, and it works equally well for fiction.

It’s easy to understand. Some true stories are so amazing you couldn’t make them up. They’re too good to change, too ingrained in our culture to ignore. And some of the people who played a part in history are too powerful to leave out. They sit at the center of any fictional plot set in their time, whether you like them or not.

Revolutionary Cuba… without Castro or Che? 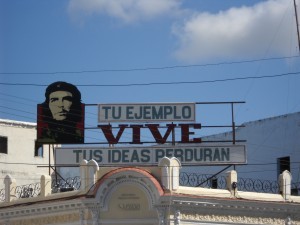 If you’ve read my thriller Havana Lost, imagine if I’d replaced Fidel Castro or Che Guevara – or even Meyer Lansky—with fictional characters. The story would never have worked, and all that rich, real historic background wasted. Sometimes the truth is what it is, and as an author you have to maintain credibility by using real folks. 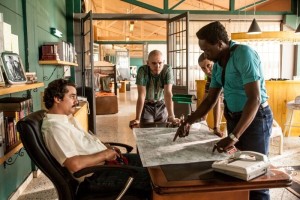 The makers of the hit mini-series Narcos on Netflix know this. The series is a patchwork of fact and fiction. It uses plenty of fictional drama and characters, but the plot is set against a backdrop of real events, including genuine footage of Pablo Escobar and his gang from newsreels and documentaries.

For me, the overall impact is much larger than the sum of the parts. The story might not be wholly accurate, but the historical truths that it portrays add to its authenticity. And viewers are going nuts for it. Some say its audience is going to be bigger than Breaking Bad, which was, of course, pure fiction.

Blending truth with fiction in An Incidental Spy

In my latest novella, An Incidental Spy, I’ve used a mix of fictional and nonfictional characters. Arthur Compton is real, the US physicist who won the Nobel Prize in Physics in 1927 and headed up the early years of the nuclear fission experiments at the University of Chicago. So, obviously, is Enrico Fermi and some of the scientists I mention. Others come straight out of my imagination.

The spying element of my plot has its roots in the truth, too. The allies and enemy did spy on one another, and things did get very unpleasant. But, as far as I know, there was no Lena. You can read more about Atomic Spies here on Wikipedia.

In fact, I love to mix the real with the fictional. I try not to overstep the mark by having actual people do things I can’t prove. But I do research them in great detail and insert them into the plot where they help make the plot richer and deeper—and captivating.

Following in the footsteps of giants – Philip Kerr

I’m not the only author who blends the real with the fictional. It’s a device used to brilliant effect by Philip Kerr, who went all the way with Reinhard Heydrich in Prague Fatale. In fact, The Independent, a UK publication lauds his style.

“Unlike some writers of historical thrillers, Kerr is able to let period detail live its own life. The early passages, where Gunther investigates the killing of a foreign worker on a Berlin S-Bahn station, are particularly effective: the blacked-out city is hospitable to murder, food is short and it is reported that the tapir in the city zoo has been stolen and eaten. On the radio, Hitler and Goebbels instruct the nation to give to Winter Relief. The Wehrmacht has reached Kiev, and nothing can go wrong, surely. ”

I think Kerr’s books are outstanding, much stronger and more emotional than a less-than-accurate backdrop would be.

If you think it’s OK to blend fact and fiction, let me know. If not, I would love to know why. I love a heated debate. Bring it on! 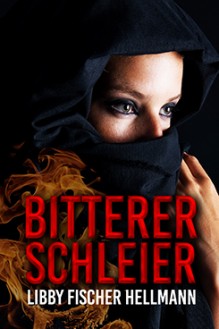 Read an extract of Bitterer Schleier