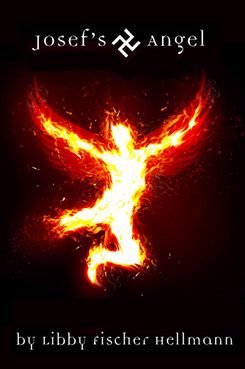 Did a little boy actually see an Angel in a children’s war camp in Germany? Did that angel save his life? What about the ramifications twenty years later? JOSEF’S ANGEL begins during World War Two but jumps to Chicago in the 1970’s. The plot and characters surprised me; I didn’t know the story would turn out the way it did. Happily, that’s one of the joys of writing crime fiction. JOSEF’S ANGEL was originally published by the Amazon Shorts program in 2006. It is a short story and was subsequently included in my collection of stories, NICE GIRL DOES NOIR.