How to Produce an Audiobook in 7 Steps 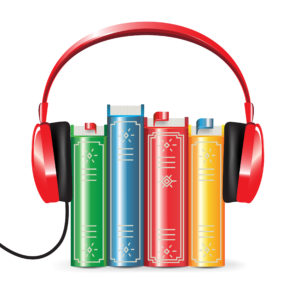 The Audible website hosts more than 200,000 audiobooks, and more readers listen to audiobooks than ever before. If you’re a writer who’s just starting to think about converting your work to audio, here’s an overview based on working with ACX, Audible’s platform for audiobook production. It’s open to all authors, indie and traditional, as well as small publishers, as long as you have the rights to your work. I’ve done most of my 17 audiobooks through their auspices, and while there are other options out there, I think ACX is pretty amazing.  Of course, you may be lucky enough to have an audiobook publisher do the whole thing for you. If so, this post is not for you. But if you’re not one of the lucky ones, keep reading.


1. Decide how you’re going to pay and whether you’ll be exclusive – Producing an audiobook is not cheap (about $3000), but there is a way through which you do not need to pay anything up front when you’re working with ACX. Basically, they offer three options, the first of which is helpful when you don’t happen to have 3K lying around.

Royalty Share: This is just what it means. The rights holder (that’s you, the writer) will share royalties with your narrator/producer. If you’re exclusive to ACX, you’ll each get 20% of the royalties – without you having to pay anything up front. Some narrators do not want this arrangement for obvious reasons (they don’t get a fee up front), but others, particularly beginning narrators, do. ACX sometimes offers stipends to the narrator, though, if they think the audiobook has potential, so there’s a chance the narrator will get something. This is the option that is least attractive—at least to me— since I’m splitting my 40% royalty with my talent. But I have used it, particularly when I first got started.

Pay for Production with a 25% Royalty. If you have the money pay for it yourself. That’s how you get the best royalty percentage. If you are non-exclusive with ACX, you’ll get 25% royalty, (which isn’t a whole lot) but is better than 20%.

Pay for Production with a 40% Royalty: If you distribute exclusively through ACX, which means your audiobook will be sold on Audible, Amazon, and iTunes, you can pay for the production yourself and get a 40% royalty. This is the option I recommend, since the three vendors mentioned probably sell 75-80% of all audiobooks in the US anyway. When I’m flush, that’s the option I use. 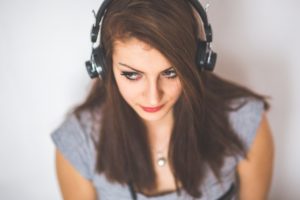 2. Choose a narrator– This is probably the most important decision you’ll make, since the voice you give your book is what brings it to life. Do you want a male or female voice? More than one? (It will be more expensive). You’ll want someone who reads a bit slower rather than faster since a high speed read makes it difficult for listeners to distinguish between dialogue and descriptive text. And if it’s too slow, you can always speed up the narration in post-production. You need a natural voice, not someone who sounds like a cartoon character, since silly voices are distracting. Most of all, look for someone who breathes life into every sentence, not just the dialogue or description. A truly great narrator is basically an actor who can make even the most banal sentence sound appealing.

Happily, ACX has an audiobook exchange where you can listen to tons of voices whenever you want, and then whittle down your choices. I suggest that you go with someone who has already voiced an audio. They should know the production process from A to Z, and may include post production and mastering in their fee. You can also ask fans whom they like as narrators. Naturally, the more popular ones will have a higher hourly.

Let’s talk about fees. It isn’t cheap to produce an audiobook. Plan to spend at least $3000 for the production; most of it goes to the narrator, the rest will be spent on your engineer (see below) and promotion. Sure, you can do it for less, if you have a friend who’s a professional. Bear in mind that many narrators quote on what’s called “Per Finished Hour” basis, meaning that they’ll take care of the Post-production and Mastering as well as the narration.

One other thought: If you’re not a professional, I don’t recommend you voice the audiobook yourself. It’s much harder than it sounds. I am happy hosting interviews and podcasts, but I would NEVER voice my own audiobook.

This is the step many beginners don’t know about, but it’s hugely important.  In addition to the narrator, you’re going to need an audio engineer to polish the recording. Although the narrator is responsible for their voice, there are certain technical requirements for an audiobook. For example, Audible has a rule for how many seconds there should be between the end of a chapter and the end of the recording of that chapter, and how the audiobook should be introduced and concluded. You’ll also need to ensure that the volume and pacing are consistent throughout, and any “noise” on the recording (clicks, long breaths, or other errors are eliminated.

If you hire an experienced narrator, chances are they will probably have someone they use or they’ll do it themselves. And that cost will be included in their hourly rate. If they don’t, though, you’ll need to find one. Compared to the narrator, they’re not expensive – anywhere from $500 to $1000 is normal.

Only after you’ve auditioned, offered, and contracted with a narrator, and have settled the issue of Mastering, are you ready to go into production.


4. Listen to the chapters as they come in, and make revisions as necessary – Of course there are going to be glitches and issues that surface during the recording. A narrator may miss a line, or their inflection isn’t what you wanted. It’s a lot easier on both of you if you agree the narrator will send you, say, 5 chapters at a time. That way you won’t go crazy trying to proof the whole book at once. This does mean that you’ll have to listen to every chapter that’s recorded– it may be the only time you do—so it’s important. The narrator will upload chapters to ACX and you can listen online or download them to your computer.

Each chapter will have a “time code” – that indicates where you are in minutes and seconds. I highly recommend you use time code when you’re requesting changes. Makes it a LOT easier for you both when you refer to the revision at, say,  5:35 ( 5 minutes, 35 seconds) into Chapter 17.

5. Mastering, equalizing and uploading – Once all the chapters, intro, and conclusion have been recorded, the audio is ready for post-production and mastering.  Post-production is where you need an engineer to listen to the entire production and eliminate long breaths, clicks and other noise that can creep into the audio. Then it will be equalized to make sure the narration and pacing are consistent throughout. The final production will then be “mastered” or formatted into the parts that Audible or other audiobook vendor require (little things like an intro, an outro, or how many seconds there needs to be between chapters.)  The engineer/producer will provide you with a final master recording of the digital files formatted for Audible, Once you approve, the narrator will upload the files for quality checks at ACX and Audible. At this point, if you’re paying for production, you need to send the narrator their fee before anything else can happen.


6. Audiobook cover – The artwork might be the same artwork featured on the cover of your ebook or print version, but condensed into a square format. If you don’t own the cover yourself, you might have to pay extra image licensing fees. The same rules apply as to ebooks – the cover is your primary promotional tool, so it pays to get it right.


7. Market and promote the audiobook – Whatever format your work takes, some things never change. The most important thing of all is the marketing and promotion, including uploading samples to your website and other social media platforms.  You will get 25 free download codes for reviewers, and I encourage you to solicit reviews and share copies with influencers. Look up the FB groups or pages that review or focus on audiobooks and make yourself known. Email your fan database with details. You can use your blog to write about the audiobook process itself, the plot, the inspiration… you can even interview the narrator, or get them to interview you on their blog. If you’re going to do Facebook ads, you can now take a few seconds of the track and use it in the ad… I’m experimenting with that now.

I hope the above proves useful… Audio veterans, have I missed anything? 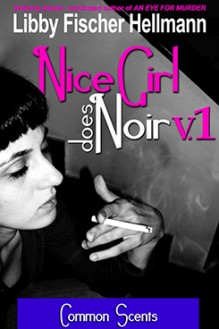 Read an extract of Common Scents