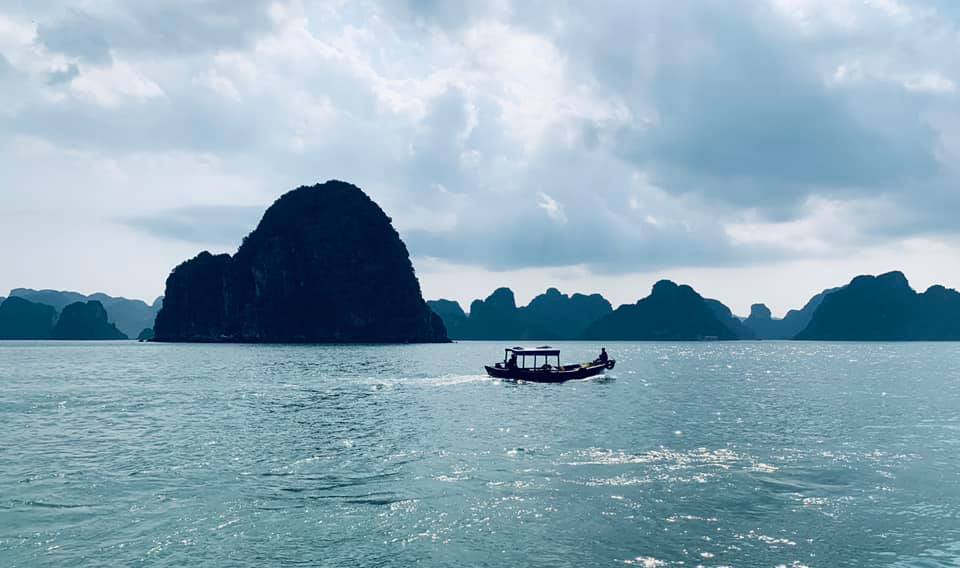 HaLong Bay, about a three hour drive from Hanoi, feeds into the Gulf of Tonkin. Yes, THAT Gulf of Tonkin. But today, there is no memory of a war or skirmishes with armed ships in the area. Today HaLong Bay is under massive development as a tourist resort. Most of the development is funded by China, including endless hotels and apartments that are half-finished and still empty.

I suppose the idea is that Chinese tourists will flock to the Bay in hordes. I’m not so sure. The Bay itself is extremely crowded already. 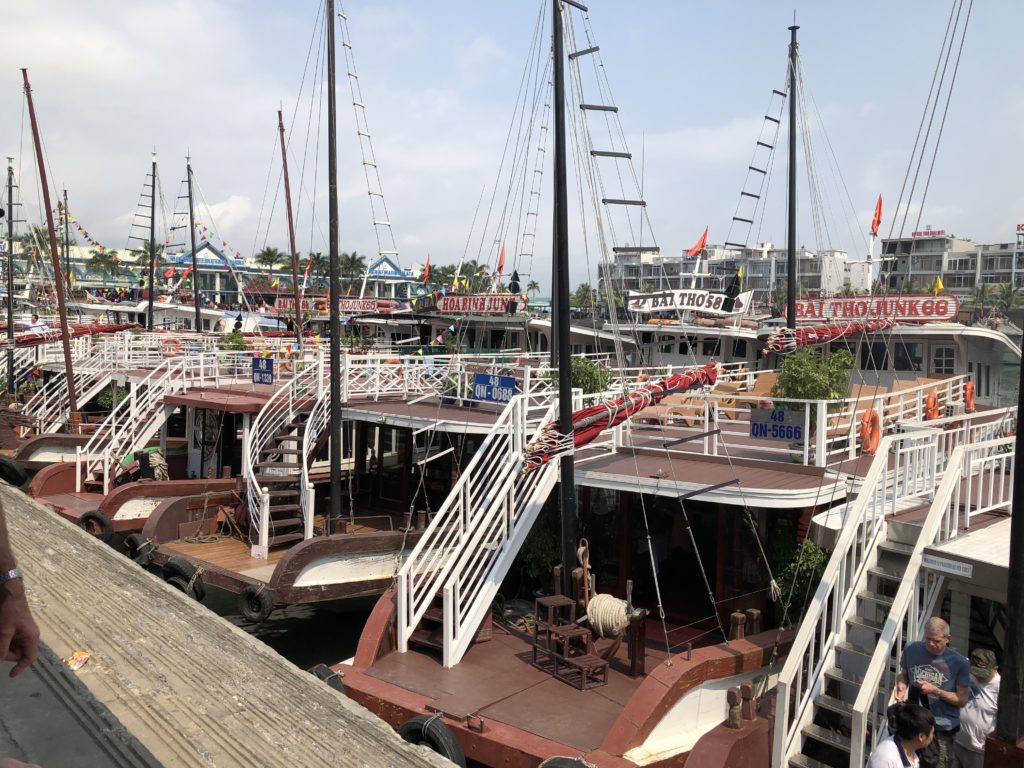 What’s going to happen when thousands of additional tourists pour in? I have a feeling the Vietnamese and Chinese may have overplayed their hands. Atlantic City, anyone?

Still, it is a lovely place, especially the caves that abut it on one side. You’ll see them below, along with some of the striking rock formations on the Bay. 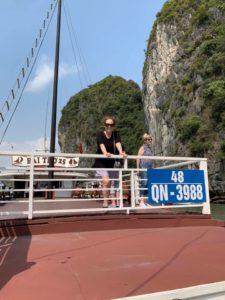 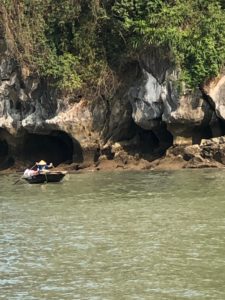 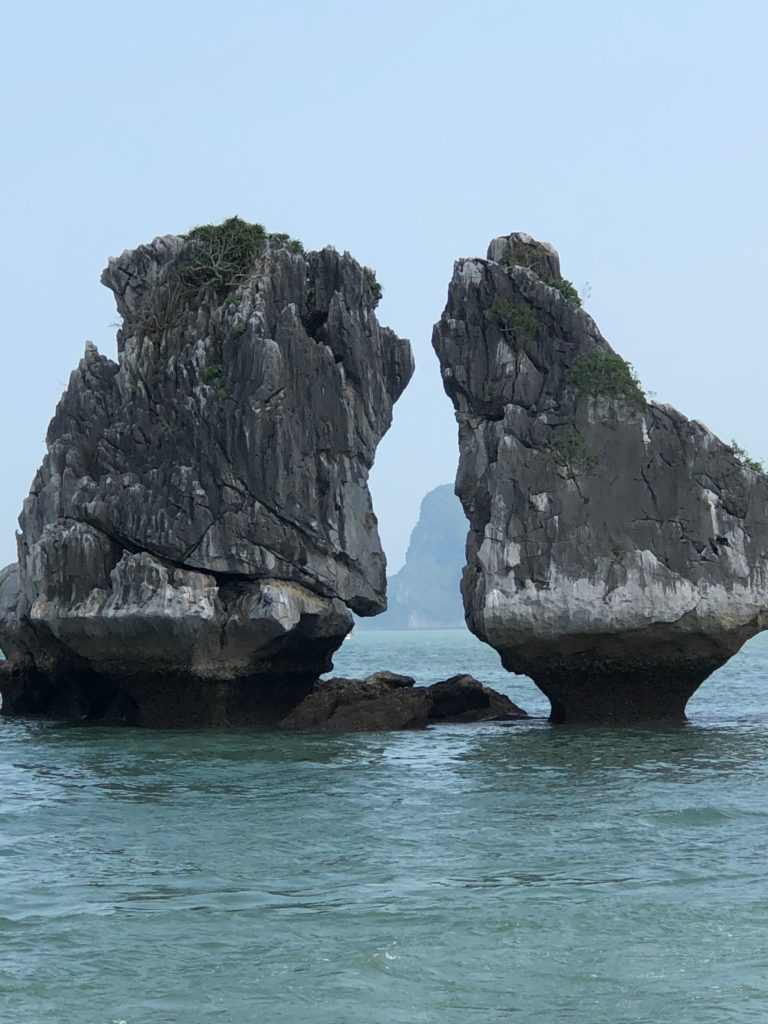 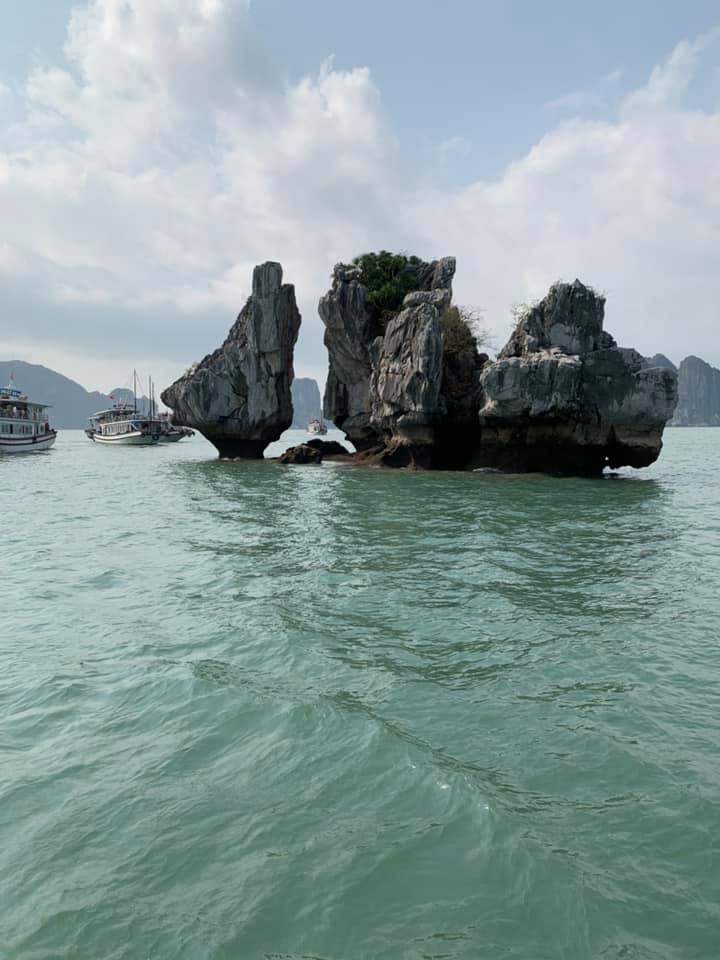 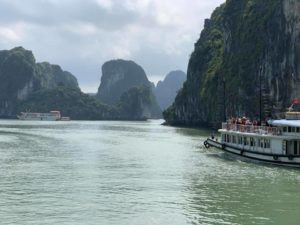 A hardy bunch of us climbed up 350 steps to explore the caves. We were amply rewarded. 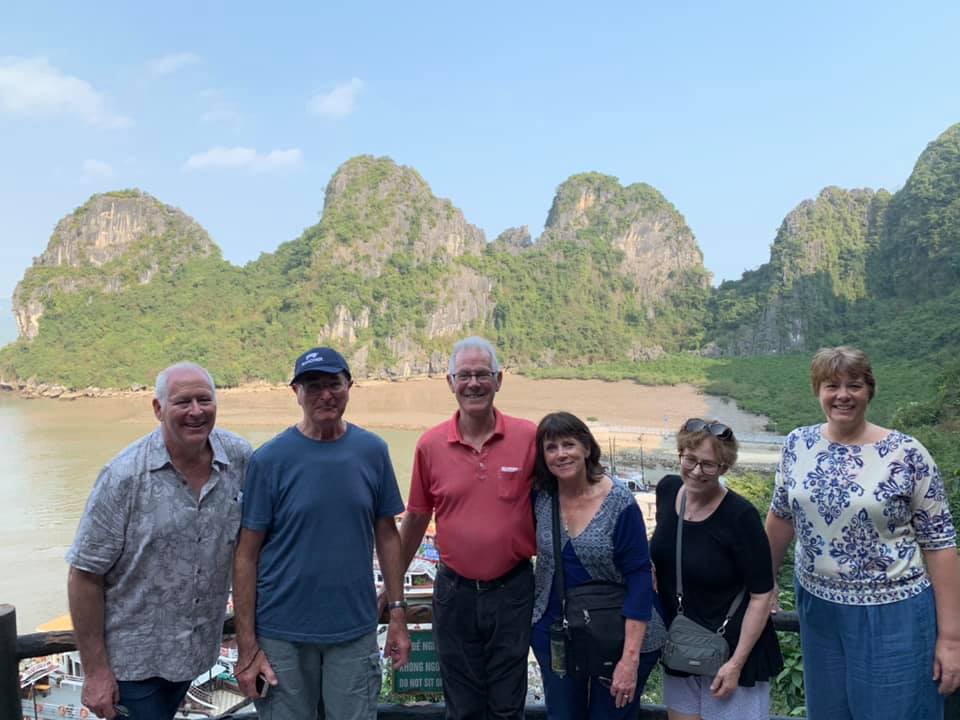 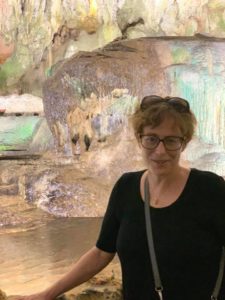 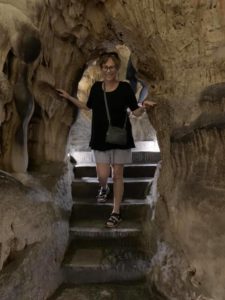 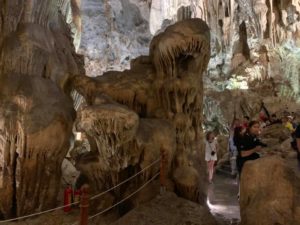 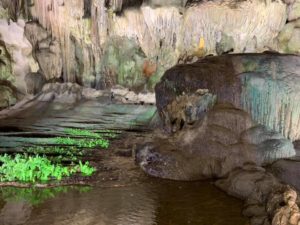 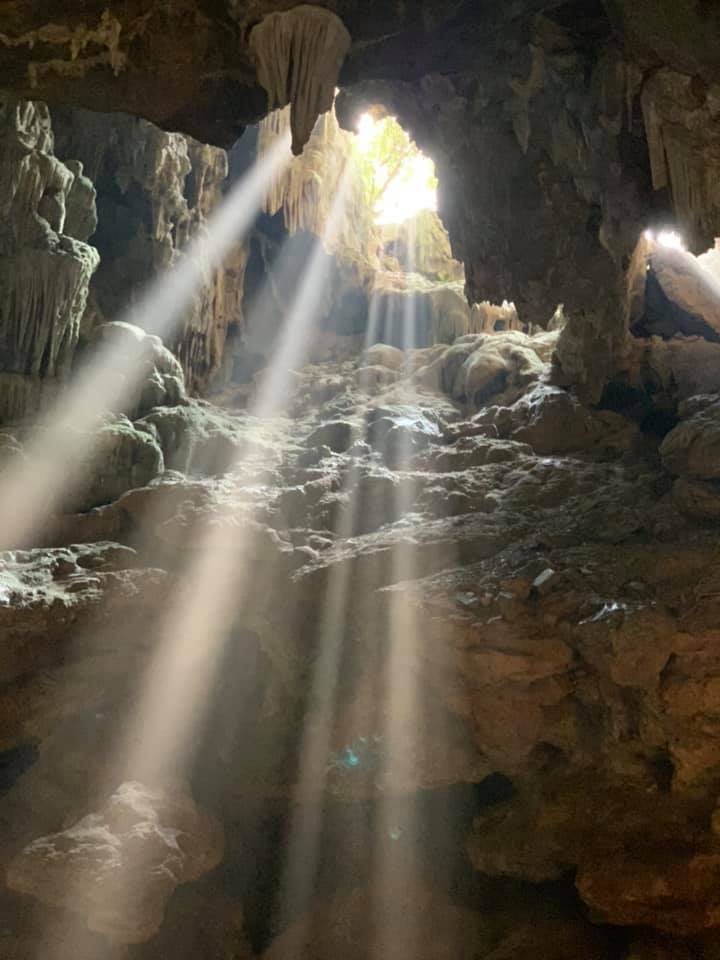 Read an extract of The Murder of Katie Boyle