I’m frustrated. A little angry. But most of all, opinionated (Yeah, I know.. what else is new?)

Over the past few days people have been chattering about a couple of articles dealing with authors and publishing. One is a New York Times story about best-selling authors now being told to publish more than one book a year.

The other is a breezy analysis from Forbes which basically says that anyone with a good brand can become a successful author.

At first I saw these articles as the antithesis of each other, exploring both the opportunity and the curse of the digital revolution. But then I realized they actually were the mirror image of each other. Or more accurately, cause and effect. Bottom line: the two articles reinforce an inherent paradox. A Digital Catch-22.

The New York Times article examines how best-selling authors, many of them crime fiction authors, are now being forced to double-down on product. Authors like Lee Child and Lisa Scottoline are now expected to write more than one novel a year. Whether it’s a short story (in Lee’s case) or a second novel (in Lisa’s), Big Publishing is requiring more product. This isn’t a new phenomenon. Michael Connelly has been doing this for years. Lee Goldberg, too. And, of course, Joe Konrath. More power to them. They are amazing writers. Most of us aren’t.

The Forbes article discusses how writers are increasingly interacting with readers through social marketing and working hard to create their brand. The key sentence for me was: “If someone writes well and is skillful about how to build his or her brand, incredible things can happen.“

Hold on. Not so fast.

Incredible things? Well, maybe. Financial success? Perhaps. But what about the phrase “writes well” which the Forbes article kind of tossed off? What about the quality?

That is what the New York Times article is not saying. But I will. If anyone can be a writer, why are publishers flogging some authors to produce more? It’s simple. Publishers, most of whom are in survival mode or close to it, are hoping to cut through the clutter of the “anyone can be a writer” glut with material from guaranteed sellers.

But that has created a paradox. In fact, there’s a lot of bone-headed logic in both articles.

First off, (I admit most of this is anecdotal), we keep hearing that folks who have loaded their Kindles with content are only reading about 10 percent of that content. In fact, even KDP Select, which Amazon started six months ago to give readers lower prices (ie Free) to fill up their Kindles, has slowed considerably.

So, given the sluggish pace of reading, why do we need TWO Jack Reacher books a year? Especially when most readers have only scratched the surface of their e-content? The answer is the quality of that content. When readers do dip into their stockpile of e-books, they find that a lot of it just isn’t that good.

Which brings up my beef against the Forbes article. Forbes is basically saying, if you can sell it, you’re a writer.

Just because you can write doesn’t mean you should. Writers need to grow their craft. They need to understand point of view. They need to understand suspense. Develop three-dimensional characters. And they need to hone their prose. Strip out dangling participles. Eliminate TV dialogue. Deliver conflict on every page. Just because a writer has finished a manuscript doesn’t mean it’s ready. I know. I wrote four books before I was published.

The point is that great novels, whether genre or literary, can take time—whether it’s research, editing, or just figuring out what the story is really about. The pressure of writing more than one book a year isn’t good for any author who cares about his/her craft. Most of the authors I know are always pushing themselves, trying new things, working to deliver fresh, dynamic stories and characters. The need to crank out more in less time threatens that drive and can lead to works of lesser quality. It’s a self-perpetuating cycle– and risk —  which no writer, especially a best-selling author, should have to face.

But they are, mainly because other e-writers are putting out an enormous amount of product. Some writers release e-books at the rate of one a month. I’m sorry, but with a few exceptions, those are not books I am going to rush out and buy. I know they’re not going to be at the same level as a new Daniel Silva or a new Mo Hayder. I don’t care how much “branding” an author does. I can tell within two or three paragraphs whether I’m going to like a book, and that depends on the writer’s mastery of craft. If it’s not there, it’s not for me.

So I’m taking a deep breath. And I hope you do too. What’s wrong with waiting till July for a new Gabriel Allon? Or Fall for a new William Kent Krueger? Even if I have to wait a year or longer, I know I’m going to get an excellent read. Not only do their novels give me hours of pleasure, but they inspire me, as an author, to keep pushing my craft higher. That’s my take. 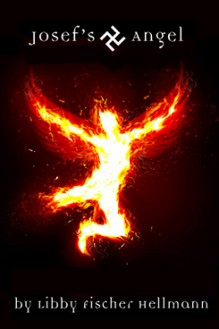 Read an extract of Josef's Angel